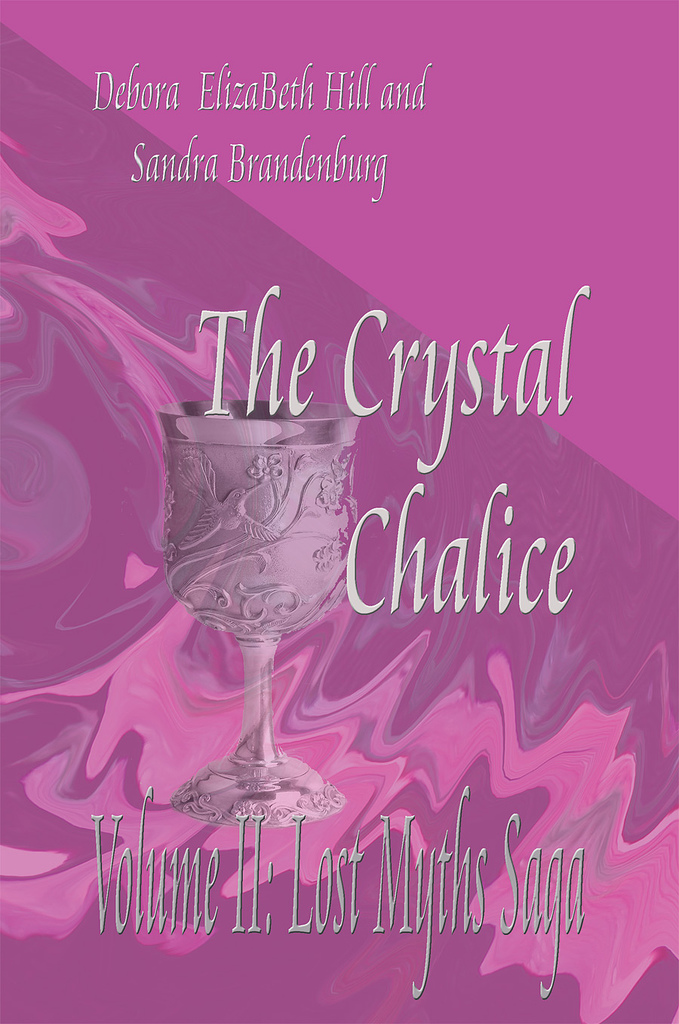 After returning from their adventures in The Land of the Wand, Marshall and Lilly began living together and she attended a university in Sweden, majoring in nutrition. Due to her university schedule, she is unable to accompany Marshall on a world tour. Marshall, who had apparently expected his girlfriend to cater to his every need and whim, is taken aback and finds himself slipping back into his old style of life while on tour; a lifestyle split between two twin indulgences, women and alcohol.

Lilly insists, much to Marshall's discomfort, on being an individual with her own wants, needs, and interests, instead of a sort of living doll who reflects his own image back at him. She misses him while he's on tour, though, and decides to make a surprise visit. The inevitable happens; when she arrives he is in bed with a dark young beauty. Lilly flees, after hitting him hard enough to break his nose, and goes to live with Evan and Valaura.

Valaura has been making a success of her career as an architect, and has thus enjoyed several improvements in her financial arrangements. Her mother is now living in a bright cheery little apartment, with good people to help take care of her, and enough funds to engage in an active social life. Evan and Valaura are very much in love, and with their double income have built a home near Chicago. They face two major problems in their relationship; fidelity and children ...

Valaura has just discovered that she is attractive to men, due to the increased confidence and playful attitude she gained in The Land of the Wand. Her life until now has been a very serious affair, and she is just learning to play. She has entered a period in which she really needs to be a teenager; flirting and playing and indulging in mock-affairs. This is all complicated by the fact that she loves Evan very much, and wants to spend the rest of her life with him.

Evan wants her to play, mostly with him, though he does think she should enjoy the occasional whistle her magnificent legs call forth from other men. However, he is concerned that, at thirty-seven years of age, she doesn't have all that much time left in which to have children; he wants children and doesn't really believe that Laura does not.

It occurs to him that one way of gaining some extra time is to return to the other dimension. People do not age there, and Laura could flirt and play with hooved courtiers to her heart's content. Evan decides, because he had a vision of a chalice, to have the wand reshaped into a cup.

They all meet at a reunion in Marshall's home in Sweden, where Lilly has ostensibly gone to collect her belongings. A ceremonial sip from the chalice and they find themselves, by Evan's planning, in Lucifer's domain. Twenty years have passed and Sterling and Ariel (Lucifer's son and his bondmate) have a daughter, Silvera, nearly twenty years of age, as well as a pre-adolescent son, Abaddon. Silvera's appearance is human-normal; she has feet and no wings, while her brother has feet, two large black wings and the ability of flight. Since none of the other Anjeles have the ability to fly, this supports the theory that interbreeding might just improve and strengthen the races.

Silvera decides that she wants Marshall as her bondmate, and dismisses Lilly as just a common consort. This is complicated by the fact that Marshall first arrives at the Palace of the Cup inside Silvera's bedroom. His sexual mores having never lent themselves to denial, he sleeps with her. And since he and Lilly have yet to settle their differences, he does so repeatedly. This causes Silvera to consider him her consort and she doubly desires him for her bondmate. Marshall resorts to some bizarre methods in his attempt to shake free of Silvera's firm grasp, and finds himself yet again in the moral wrong.

Meanwhile, Lucifer has taken a good look at Valaura and decided he must find a way into her bed. With all the castle intrigue and pressure, a hunting trip is planned. At first this was to be a `men only' trip, but Valaura, with her status as warrior-maiden, horns in and is the only woman on the outing. Marshall and Evan are kidnapped by a tribe of women, the Amazzones. As in legends of old, these women remove one of their breasts to improve their archery. They have also developed a society completely free of men ... except for one minor detail. They must have men to have children; and that is why they have taken Evan and Marshall. The two heroes do try not to fall in with the plans that have been made for them, but this proves to be impossible as well as uncomfortable. Marshall, in particular, is treated to the rough side of the Amazzone. Evan, with his more sympathetic nature, finds kindness in unexpected places.

Back at Lucifer's palace, the hunt has begun. They know who has taken the men, and why, and realize what their eventual fates will be. Plans for their rescue are under way. Meanwhile, Valaura is having her first taste of true temptation, at Lucifer's invitation. He repeats the invitation often and it becomes a true test of her fidelity.

Lilly, on the other hand, remains totally true to rescuing Marshall despite his obvious dalliances in both worlds. Silvera is in love with a young Daemona, Feldspar, even though she doesn't realize it. She never truly cared for Marshall, that was just youthful vanity talking. Unfortunately, her affection for Feldspar doesn't entirely persuade her to give up the dream of being bondmate to the `savior' of the races until it is nearly too late.

Valaura and Lilly manage to be dropped into the Amazzone keep and are taken to be dimension travelers, transported to the tribe of warrior-women through their symbol, the bow. They have a difficult time finding out where the men are being held prisoner. By the time they do, Evan and Marshall have managed to escape through the ancient tunnels under the keep. They are aided by a young Amazzone, Chloe, who wants their help in rescuing her baby, which is due to be left in a ravine the next day in their usual ceremony of exposure for male children. They don't really see how two men could stand against all those female warriors; they weren't successful before, when they were captured.

Meanwhile, Valaura and Lilly go outside the keep, supposedly for a picnic, and signal the Daemona. They also try to stop the sacrifice of the baby, but there are too many warriors for even their best efforts. It is Greatheart, the aging warrior cat of Prince Herschel of Bolingbroke, who arrives first at the ravine and leaps across to rescue the child. Prince Herschel grabs the baby and takes him into the woods where he meets the child's mother and falls in love with her.

Queen Opheltes is killed and the Amazzones are left leaderless and unsure of their position in this world. Meanwhile, the raiding parties of Anjele men, who did not relocate with the rest of their people, have become a serious nuisance. Ariel tries to make peace with them, and finds that they do not want to leave their mountain home. What they do want is mates; and it turns out that some of the Amazzone women would be interested.

Marshall, as the Savior, tries to help in the effort to bring these groups together, although his own bitterness at the capture does get in the way. He is suffering a reaction to the trauma he endured, and is now impotent for the most part. The one notable exception is one night with Lilly; when he relaxes he feels secure with her, but he can't see that for the simple truth. Of course, it's not that simple: Silvera is pregnant, and by Marshall. This leads Lilly to choose to let him go, so that he can be a father to his child. When she makes this ultimate sacrifice, she disappears, but no one realizes what has happened. Marshall's attitude toward Silvera becomes worse, and that had barely seemed possible. One night, the girl turns to Evan for comfort, and he finds himself supplying it, much to his surprise, in bed. In that moment, he lets go of any desire to control Valaura. If she has to play before she can settle down, so be it. That is when he returns to his own dimension, leaving behind a shaken and confused Silvera.

Valaura finally ends the game of flirtation between herself and Lucifer; and decides on fidelity to her beloved Evan. With that she disappears as well. Which leaves Marshall, who is in real trouble. Unlike the first time, he has no knowledge of what caused the others to return, and eventually decides to accept his predicament, and be a father to his child by Silvera. That is his ultimate sacrifice, bending to the will of others, and he is immediately returned home.

Valaura and Evan have completely reconciled and are clearly heading towards a wedding; but Lilly and Marshall cannot seem to work out their problems. Marshall is convinced that he cannot provide a complete and happy life to Lilly, in his current conditions. He considers himself `less than a man', now, and gives her the freedom to get on with her life. She will live with Evan and Valaura while she continues to pursue her education, now in a University in Chicago. They are still very much in love with one another, but are now at an impasse.